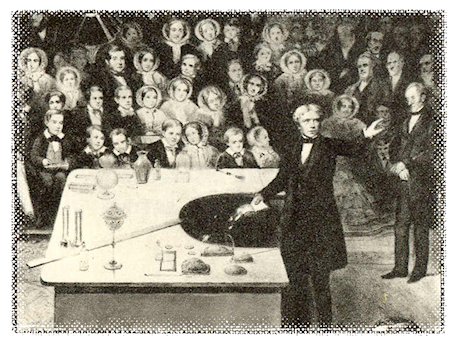 Asking who discovered electricity is the equivalent to asking who first discovered fire. Electricity existed before humans walked the earth. You could probably make the case that the first human to discover fire also discovered electricity as they watched a bolt of lightning strike the earth to start a fire.  The bolts of static electricity we see in the sky in the form of lightning during a thunderstorm show the power of electricity.
Ancient writings show that various cultures around the Mediterranean knew that rods of amber could be rubbed with cat fur or silk to attract light objects like feathers. Amber is fossilized tree resin gemstone used in making a variety of decorative objects and jewelry. Amber has been used as a healing agent in folk medicine. The first particle known to carry electric charge, the electron, is named for the Greek word for amber, ēlektron.
If you are looking for a name of someone "who discovered electricity" you could possible look to the Greek philosopher Thales of Miletus (624 B.C. to 546 B.C.).  Thales was known for his innovative use of geometry, but his writings are some of the first to document the principles of magnetism and static electricity. Thales documented magnetism through his observations that loadstone attracts iron, and static electricity through his observations of static electricity by rubbing fur on substances such as amber.
Some stories claim that various artifacts found  shows some electricity production was possible in the Middle East thousands of years ago. For telling the story here at Geek History, and busting the myth that Benjamin Franklin discovered electricity we will start in more modern times offering the name of William Gilbert as the first person to define electricity around 1600. Each person on the list that follows contributed to our modern understanding of electricity.
William Gilbert (1544-1603) is regarded as the father of electrical engineering and one of the first scientists to document the concept of electricity in his book De Magnete published in 1600. William Gilbert made a careful study of electricity and magnetism and defined the distinction between electricity and magnetism in his series of books.  Gilbert coined the term electricity from the Greek word elecktra.
Robert William Boyle (1627-1691) is regarded as the first modern chemist and one of the pioneers of modern experimental scientific method.   Boyle is also credited with experiments in the fields electricity and magnetism. In 1675, Boyle published "Experiments and Notes about the Mechanical Origine or Production of Electricity."
Benjamin Franklin (1706 - 1790) is often credited in various books and websites as having discovered electricity in the 1750s.  The legendary story of Franklin's experiments with flying a kite in a thunderstorm allegedly took place in 1752. Although Franklin was quite a scientist and inventor, which included inventing the lightning rod, scientists such as William Gilbert and Robert William Boyle began documenting the concept of electricity long before Franklin's experiments.
Alessandro Volta (1745-1827) was an Italian physicist that is regarded as one of the greatest scientists of his time.  Before we move on to the next section where we look at  AC power distribution we give thanks to Alessandro Volta, the scientist who discovered that particular chemical reactions could produce electricity. Volta invented the first battery in 1799 known as the Voltaic Pile. The unit of electromotive force, the volt, was name to honor Volta.
Michael Faraday (1791-1867) British physicist and chemist, demonstrated the first simple electric motor, in 1821, in London. The original "science guy," in 1826 Faraday founded the Friday Evening Discourses and in the same year the Christmas Lectures for young people at the Royal Institution.   In 1832 Faraday demonstrated that three types of electricity thought to be different that induced from a magnet, electricity produced by a battery, and static electricity were in fact all the same. Faraday introduced several  words into the electricity vocabulary such as ion, electrode, cathode, and anode.
James Clerk Maxwell (1831-1879) introduced his mathematical conceptualization of electromagnetic phenomena to the Cambridge Philosophical Society in 1855. The Scottish physicist's best-known discoveries concern the relationship between electricity and magnetism and are summarized in what has become known as Maxwell’s Equations. Maxwell's pioneering work during the second half of the 19th century unified the theories of electricity, magnetism, and light.
Image: The original "science guy," in 1826 Michael Faraday founded the Friday Evening Discourses and in the same year the Christmas Lectures for young people at the Royal Institution.